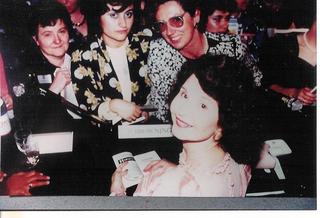 Pamela Browning is the award-winning author of books for adults and children. She has been published by Silhouette, Harlequin, Mills & Boon, and Berkley as well as by various international publishers, including Mondadori in Italy and Cora Verlag in Germany. Her books are sold in 90 countries and have been translated into 21 languages.

Many of Pamela Browning's books have been listed on bestseller lists, and they consistently win high ratings from reviewers. Her book The Mommy Wish won a 2005 Reviewer's Choice Award from Romantic Times magazine, and she has won the Georgia Romance Writers' Maggie as well as many first-place awards for her adult and juvenile novels in the annual National Federation of Press Women contest.

Her short stories and articles have appeared in Highlights for Children, Child Life, The Writer, and other national publications. Ms. Browning has been a frequent speaker at Harlequin publicity events and, at the invitation of Mondadori, she spoke at a luncheon for 500 at the Excelsior Hotel in Rome, Italy. She has been featured on regional television and radio shows, such as The Carol Saline Show in Philadelphia, and in a nationally aired segment of PM Magazine, a TV magazine.

In The People's Republic of China, when she was a member of the first cultural delegation from the United States sponsored by the Shanghai Women's Federation, she addressed women's groups as well as university classes about the art and craft of writing. She has taught in writing workshops and conferences, including several Romance Writers of America national and regional conferences, Francis Marion University Writers Conference, the Southeastern Writers Conference, Carolina Romance Writers, and Georgia Romance Writers' Moonlight and Magnolias.

Pamela Browning is a charter member of Romance Writers of America and a twelve-year award-winning member of Toastmasters International, an international leadership and public speaking organization. She is also a member of Novelists, Inc., where she has served on the board of directors, and of The Authors Guild.

She is past editor of the quarterly magazine, The US-China Review, and of NINK, a monthly magazine for multipublished authors of commercial book-length fiction. She is an instructor and speaker in the Lifelong Learning Program of Florida Atlantic University and also lectures on cruise ships.