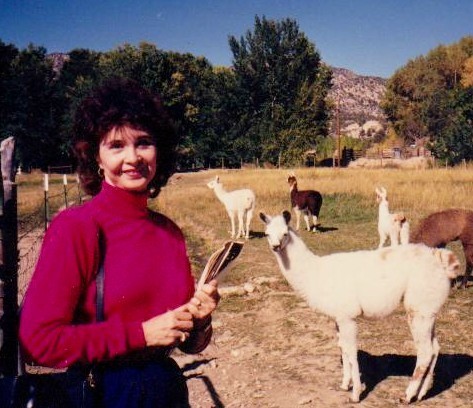 Where do you get your ideas?

Tags: Pamela Browning, Harlequin, Romance, ideas, That's Our Baby!
When people learn I'm a writer, the first question they ask is, "Where do you get your ideas?"

Where don't I get ideas? For instance, maybe someone is asking me that very question in the grocery store. Her son is a surly eight-year-old who would rather be shooting hoops with his brothers. His mom is single, doing a great job of it, but what happened to her husband, the boy's father? In my mind, I decide that maybe he died fighting in Afghanistan, and this family is going through a tough time because of their loss.

In the background, I notice a guy poking around among heads of lettuce, and one of the heads falls on the floor. The eight-year-old, upset that he's not getting attention from his mom because she's presently asking me where I get my ideas, grabs the lettuce and lobs it into a bin of peaches. The man compliments him on his throw. They start chatting, and the boy perks up. Here's someone who is really interested in him! Maybe this stranger reminds him of his dad.

For me, it doesn't take a huge leap to imagine that this man and this woman somehow get together. Maybe he's the high school basketball coach and lives only a block from her and her sons. He's single, never married. And he drives past her house one day and recognizes her weeding the garden as the boys are playing in her yard. He waves, and the eight-year-old flags him down. The man ends up being invited to their Fourth of July picnic. A romance between the man and the woman? It could happen. A book? Yes, because I find the situation of a war widow trying to rear her children alone topical and challenging, and love has the power to heal even the deepest wounds.

How I work out the story so that the characters are likeable, so that the book has a beginning, a middle, and a satisfying ending, is entirely up to me.

If readers want to read the story and buy my book, then I've succeeded in my mission. Fortunately, my readers have been buying my books for many years, and I hope they never stop.

In fact, if you want to start a conversation with me in the grocery store and ask me how I get my ideas, please do. I'll be interested in you and in your son, who might be tossing a head of lettuce in the direction of yet another story that demands to be told.

I am an aspiring writer. Your post makes me think I should be hanging out in grocery stores more often. I get lots of ideas but none that could be a book yet. I write them down in a notebook.